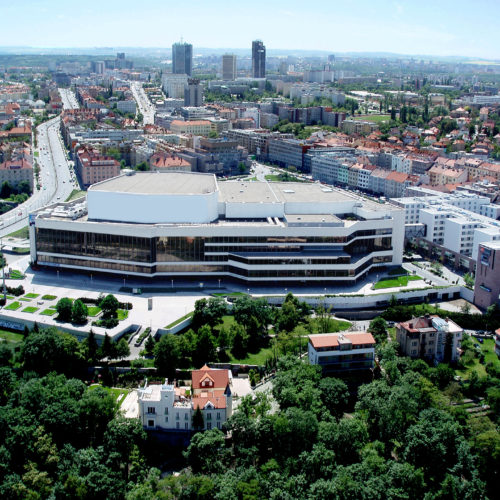 The Prague Congress Centre is city landmark and has spectacular views of the city. It ranks among the most significant European conference centres, with a capacity for conferences of up to 9,300 participants in more than 50 halls, lounges and meeting rooms. The largest hall is the Congress Hall, with a maximum capacity of 2,764 seats.

Since the year 2000, Prague has joined world’s prominent congress metropolises. The former cultural and social centre known as the Culture Palace, which was opened in 1981, was restored and completed in the years 1998 – 2000. Its construction started already in 1976, according to projects of architects Mayer, Vaněk and Karlík from the Military Designing Institute. It was used for cultural and social events, such as the communist party conventions.

In June 2000, the Prague Congress Centre was put into operation. The quality and suitability of the restored and new objects was checked via probably the greatest possible load: shortly after the opening, the 55th annual meeting of the International Monetary Fund and the World Bank Group was held here, being one of the most extensive and most significant events in the world. 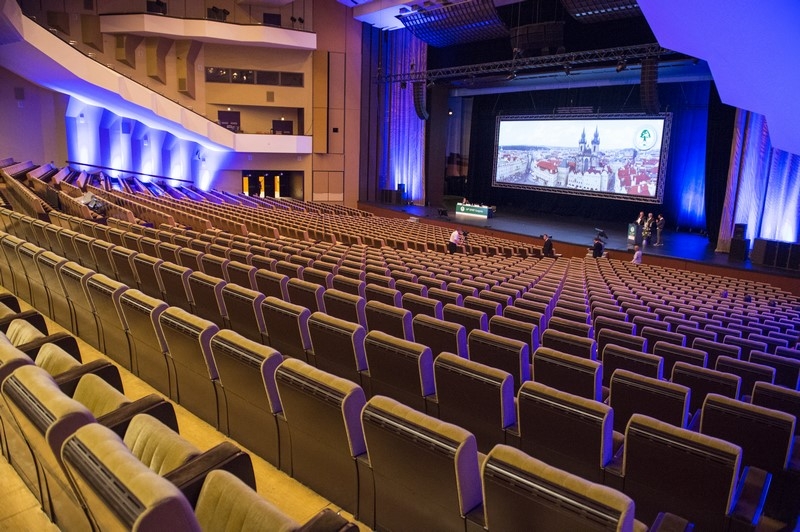